Oil prices edged up  as strong European economic data and optimism a deal will be struck between Greece and its creditors offset the impact of a supply glut.
Prices recovered after falling earlier in the session, moving into positive territory as European shares climbed to a three-week high on expectations of a Greek deal.

US oil producers added a rig each in the key Permian and Bakken shale basins last week, fuelling worries over high domestic oil output, even as the total number of active U.S. rigs fell last week, data on Friday showed.

Although U.S. oil production was expected to decline slightly between the second and third quarters of 2015, output

Many crude-oil cargoes in the Atlantic Basin, which includes North Sea and West African oil, are searching for buyers, an indication of weak demand. Demand for crude oil is typically strong in the summer as refineries run at high rates to produce gasoline and other fuels, so the tepid demand is “a worrying sign for fall,” when refinery activity slows down, said Morgan Stanley in a note.

Oil prices have rebounded from the lows reached earlier this year, following the 50% crash that began about a year ago. The biggest drawback to the solid rally has been the oversupply in the market, implying that the upside could still be capped. On Monday morning, West Texas Intermediate crude oil prices were trading around $60; a year ago, prices were closer to $100.

Last month, OPEC maintained its oil output target at 30 million barrels a day, as expected. And US shale output has continued to surge, though the Energy  Information Administration now expects output to slow down from June till early next year.

For up to date Energy & Infrastructure and Legal News

Please feel free to download a copy of our chapterThe Legal Framework & Viewpoint  from Dr. Harun KILIÇ, LL.M. Partner, from the publications page of our website

A Leading Provider of Cross Border Legal Counsel for Corporate Entities across the world and First Contact Advice for Legal Issues Within Turkey, CIS, Europe, Africa, and America

According to the World Bank Turkey is one of the largest middle-income country.  With a Gross Domestic Product (GDP) of $ 820.21 billion (2014), Turkey is the 18th largest economy in the world.

In less than a decade, per capita income in the country has nearly tripled and exceeds $10,000.

Turkey has a deep-rooted, albeit complex relationship with the European Union (EU). Turkey became a candidate for full membership in the EU at the Helsinki summit in 1999.

Turkey’s central bank said it would maintain tight monetary policy until there was a significant improvement in the outlook for inflation.

Faced this scenario experts say that Turkey’s central bank probably will not risk a showdown with the government by raising interest rates.

The Turkish lira’s 13% plunge this year leaves the government in a difficult situation because tighter monetary policy before the elections in June is something extremely uncomfortable.

The yield on Turkey’s two-year lira bonds has surged 180 basis points this year to 9.82 percent, the most among major emerging markets. The rating agency Moody’s has maintained its Baa3 credit rating for Turkey. Furthermore investors consider that raising rates is the only way to stabilise the currency at this time.

Unemployment rose to 11.3 % in January, the highest since 2010. Gross domestic product will expand 3.4 % in 2015, according to a Bloomberg survey of economists.

– Turkey is in the 125th of 142 countries on the World Economic Forum’s Gender Gap Index. 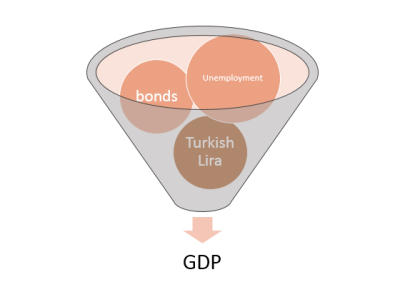 Meanwhile, the structural reforms needed to ensure the country’s longer-term development.  Turkey is highly dependent on foreign capital, as well as its persistently high current account deficit (7.9% of GDP in 2013 and 6% of GDP at the end of 2014) has left it deeply vulnerable to external shocks.

Assuredly Turkey needs a more reformist attitude. Several structural and policy-related reforms need to be taken to achieve this.

International organisations such as the IMF and World Bank have stressed the need for most of the necessary reforms which are so crucial to the country’s long-term development.

First, the independence of the central bank needs to be ensured.

The country’s savings rate, one of the lowest among emerging market economies (14 % of GDP), also needs to be addressed in order to reduce reliance on foreign capital inflows.

The sharp rise in interest rates needed to keep the lira from plunging naturally took a toll on the economy.

The IMF has similar questions. In a mildly gloomy report released in December, it argues, “Policies should focus on rebalancing the economy, reducing the external deficit—by boosting savings rather than decreasing investment—and lowering inflation to preserve competitiveness.”

On the other hand, Turkey is a big energy importer, the oil slumped has benefited the country.  This fact immediately relieved the pressure on the current account and on inflation. Turkey’s huge energy imports had been costing 6% of GDP a year. 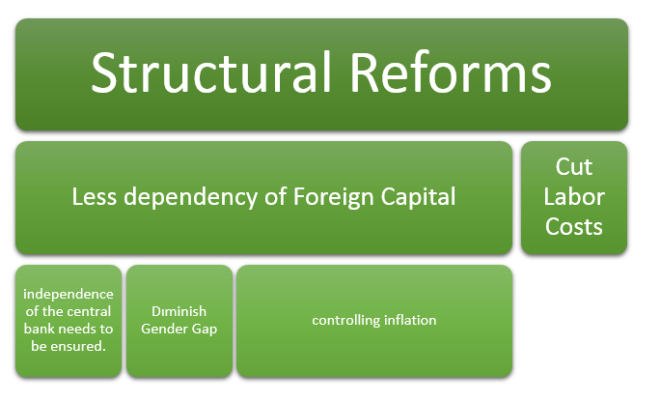 Currently economists see Turkish GDP growth rising to 3.3 percent this year, 3.8 percent in 2016 and 4.0 percent in 2017, according to data compiled by Bloomberg

With Russia hit by sanctions and South Africa and Brazil stricken by problems of their own, Turkey remains an emerging market that portfolio investors considering attractive despite the structural reforms needed, however something seriously has to be done to put Turkey on the right track again. 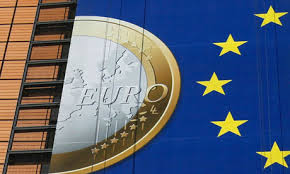 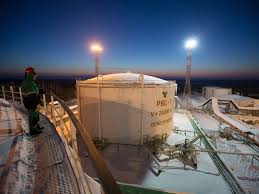 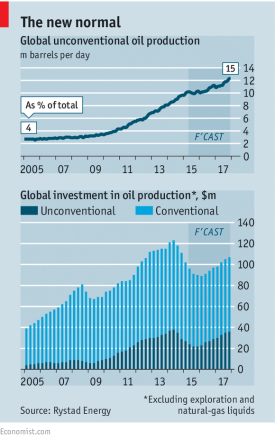 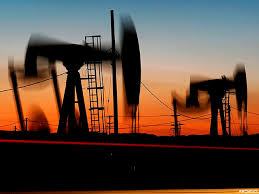 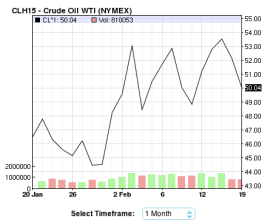 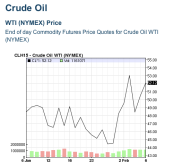 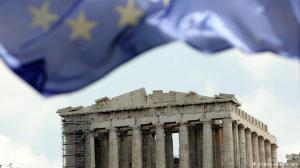 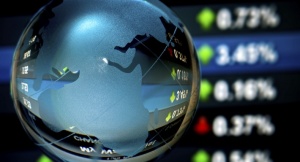 In Europe the perspectives reveals that 2015 will not be a prosperous year for the eurozone, especially when you consider its three biggest economies are in jeopardy.

Among major advanced economies, growth in the United States rebounded ahead of expectations after the contraction in the first quarter of 2014, and unemployment declined further, while inflation pressure stayed more muted, also reflecting the dollar appreciation and the decline in oil prices. Growth is projected to exceed 3 percent in 2015–16, with domestic demand supported by lower oil prices, more moderate fiscal adjustment, and continued support from an accommodative monetary policy stance, despite the projected gradual rise in interest rates. But the recent dollar appreciation is projected to reduce net exports.

The stock markets may be doing well, but the underlying fundamentals that hold the U.S. economy together are not, despite the jobless rate is down to 6.2% from nearly 10% four years ago, the rate still high and the social and financial impact based on this number in America is enormous.

In emerging market and developing economies, growth is projected to remain broadly stable at 4.3 percent in 2015 and to increase to 4.7 percent in 2016—a weaker pace than forecast in the October 2014 WEO. Three main factors explain the downshift:

Fights over taxing and spending will probably heat up next year, especially in the euro zone, where France and Italy are clashing with Germany over how big their budget deficits can be. The European Commission in Brussels allowed the French and Italians to run oversize deficits in October but warned that all euro countries will get an in-depth assessment in mid-November. Germany’s insistence on austerity makes it hard for euro nations to spark economic growth

The outlook for the Chinese economy is one of the crucial uncertainties for 2015. We suspect that there has been a lag in the recognition of how much the Chinese economy actually slowed in 2014. There are expectations in a similar or slightly slower growth rate in 2015. 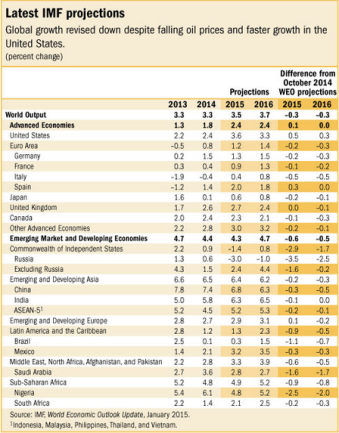 There are concern about a potential cut-off of natural gas supply from Russia this coming winter has depressed confidence in Europe.

The global economy should enter 2015 with underlying inflation below the inflation targets (at or near 2%) of all four of the G4 central banks (the Federal Reserve, the Bank of England, the European Central Bank and the Bank of Japan. 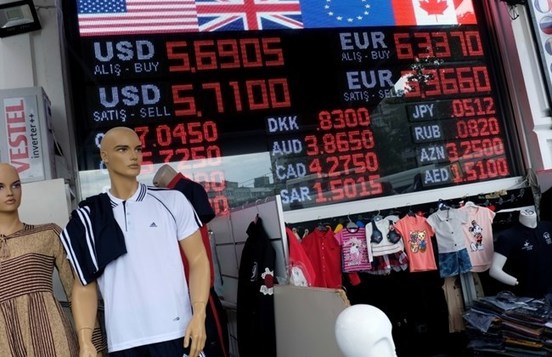 Turkey’s central bank slashed its key interest rate by a more than expected 425 basis points to 19.75 percent Thursday to spur a recession-hit economy, its first step away from the emergency stance adopted during last year’s currency crisis.

The Central Bank of the Republic of Turkey (CBRT) on Saturday lowered reserve requirement ratios to provide more liquidity in domestic markets. Turkish lira reserve requirement ratios have been reduced by 100 basis points for deposits and participation funds with maturities up to 1-year, and for other liabilities with maturities up to (and including) 3-year.

Turkey’s central bank on Wednesday ruled to keep its one-week repo rate — also known as the policy rate — constant at 24 percent, the state-run Anadolu news agency reported. The decision came in a statement from the bank’s Monetary Policy Committee (PPK),

Turkey receives $9.2B in foreign investment in 10-month

Turkey received $9.16 billion in net foreign direct investment from January to October 2018, the Industry and Technology Ministry announced on Thursday. 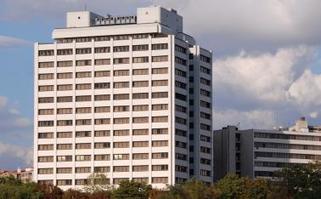 Central bank holds main rate in first decision after September’s aggressive tightening action. The Central Bank of the Republic of Turkey (CBRT) chose to keep its headline rate on hold today (October 25), as the Turkish economy finds a measure of stability. The decision to hold the one-week repo rate constant at 24% was in line with analysts’

Sourced through Scoop.it from: www.think-railways.com

Sourced through Scoop.it from: theiranproject.com

Legal Support and advice in all matters of cross-border trade and Investment in Turkey Azerbaijan, Iran, Russia and CIS countries

The Russian Direct Investment Fund (RDIF) and the Turkish investment holding Ronesans Holding have agreed to expand their investment cooperation. According to RDIF, the potential amount of investment within the partnership between the companies may top $200 mln from each side.

for Legal support and representation in Turkey or Russia within the medical care, construction, infrastructure and commercial real estate sectors, contact our CIS & Russian Legal Team

Specialists from Russia’s ministry of transport, transport watchdog Rostransnadzor and air transport authority Rosaviatsiya will discuss a whole range of issues, including security at Turkey’s airports, with their Turkish partners on August 3-5, Russian Minister of Transport Maxim Sokolov said on Tuesday.

for all cross border business, legal issues within the CIS, Russia and Turkey, contact the CIS & Russian Legal Team

A London tribunal dismissed claims against Russian billionaire Mikhail Fridman from the founder of Turkcell, Fridman’s company said on Monday, marking a possible breakthrough in a decade-long battle for Turkey’s top mobile operator. Fridman has been locked in a legal battle for control of the company with another shareholder, Mehmet Emin Karamehmet, one of Turkey’s richest men. The dispute prevented some dividends from being paid and has hampered the company’s development.

Sourced through Scoop.it from: uk.news.yahoo.com

Native Legal support and representattion for all cross border business between the CIS, Russia, Turkey and the EU